A few years ago, when SSD technology was just starting to peek its head around the corner, I was the first employee at the company I work for who had an SSD in his laptop. In fact, I paid for it myself, turns out I am some kind of IT / hardware enthusiast. Who would have guessed…

It was an OCZ Vertex 2, because at the time, the SandForce controller it was equipped with was one the best and fastest around, which it did by making clever use of write amplification and such. Magic. 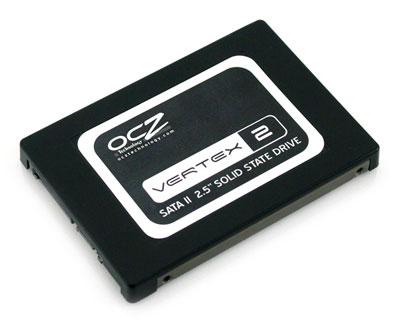 Fast forward a few years, and every employee at the company I work for has a laptop equiped with an SSD.

When I got one of those new laptops I put the original HDD back in my old laptop before turning it in.

I took my OCZ SSD home where it spent the days as a secondary disk in my gaming rig. SSDs were and still are pretty expensive compared to normal rotary disks when it comes to price / gigabyte, so having a 240GB disk next to my main 120GB disk was great for installing all those enormous modified games!

Unfortunately, one day in recent history, my SSD simply stopped working and would not get back to life.

A bit of Google-foo later, I found that this was in fact a “feature” built in to the Sandforce controllers. Basically what happens is that if it somehow detects a situation it cannot deal with, it will engage the panic lock, and the only way of getting it fixed is having it replaced by OCZ.

All attempts I tried to revive the SSD – leaving the disconnected and powered off overnight, hotplugging it, etc. – failed.

OCZ is no longer with us as a separate company, but was bought by Toshiba, which luckily handled the warranty issue very good via their German RMA department.

At first the situation looked grim because the disk died just outside of the 3 year warranty period, but after I stated that I felt this was a well known bug that caused a lot of good drives to fail, I was allowed an RMA and got a refurbished OCZ Vertex 450 SSD in return, which had roughly the same specs.

And no SandForce controller. Yay for that.